The artists, of all trends, of all styles, of all ancestry and descent, are the protagonists of our scenography of show and virtuality, apparently without an author, made up of filaments and transgressions, as well as conversions and announcements, actions, without separations, without neatness, in a large contaminated territory, never neutral, which is affected by the traces of the great schools of the twentieth century, which are still here, with us, with their hair a little whitened and the profiles carved out by time while the signs of a today, barbaric, vitalistic, which does not allow itself to be distracted, bombarding, with signs, sounds, colors, made of tradition and technology, experiencing contemporaneity, which is not a diachrony, but a mental, dreamlike, passionate fact , alienating or even saving.

David Begbie is a sculptor of the sublime, heir, in his great unspeakable and ineffable container, of the measures of beauty, of expressionistic freedom, of emotion, of gestures, of nomadism, of experimentation, of the theatricality of the scene, of the secret of a sapiential and factural laboratory, of the great theater of the world and its immense celestial vault, disturbing fantastic aura and unbearable hood. His sculpture characterizes our time rhizomatically and atmospherically.

Everything is contained in Begbie’s sublime, even beauty, as pure potential, which is divided into many styles and typologies, which have in common the overwhelming force of research, as a datum of dissemination, as a side effect of the immeasurability, which requires, of time after time, the concreteness of actuality, otherwise it remains confined to nothing. 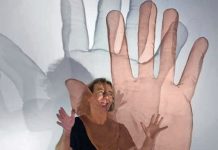 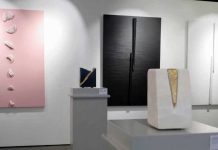