A curvy and sensual body, full lips, dark and flowing hair that’s what strikes you when you first look at Madalina Ghenea. If you look at her with more attention, however, you will see way more than just a statuesque body and a magazine-cover face. You will see a hint of sadness in her deep, gipsy-like eyes, a fundamental shyness and a humble attitude, which are quite unusual for a TV and film star.

Madalina, does beauty really open doors or can it sometimes be a hindrance?

“Beauty is a gift, but I don’t really see myself as beautiful. I have complexes about my appearance, especially about my height. Like all women, some days I like the way I look, and other days I feel less pretty. Today, for instance, is not a very good day.”

Is it true that you learned Italian as a child by watching Italian TV?

“Yes. My favourite programmes were cartoons and the Sanremo Music Festival.”

Would you describe yourself as an insecure person?

“Let’s say that I need to become familiar with a new environment or situation before opening up. To give you an example, I took my mother with me to the set of my last film, for a few days, in order to feel more at ease while I was getting used to my new colleagues.”

And what about Sorrentino’s set?

“Well, that was my first film and, to top it all, I had to strip off in front of the camera, which I had never done before, not even as a model. Getting nude in front of Michael Caine and Harvey Keitel was really weird, but the role required it, so I braved up and did it.”

Are you an optimist?

“I read an enlightening book according to which, by changing the nature of your thoughts, you become
able to modify reality: if you are positive you can really improve things. This wonderful book is called What the Bleep Do We Know!? There’s also a documentary based on it.”

“I suffered a lot when (Oscar-nominated actor) Michael (Fassbender) and I broke up, but that doesn’t mean that I have no desire to fall in love again. It’s just that, right now, work is my priority. My greatest desire is to have a child. I would like to adopt a little girl from the Haiti orphanage, but that’s not easy for a single person.”

Your experience in Haiti has had a deep impact on you…

“Director Paul Haggis invited me there to introduce me to the work of his association, APJ (Artists for Peace and Justice). As soon as I got there, I met someone who changed my life: a man stopped me on the street and asked me for money, which he needed to pay a surgery for his son. It was shocking because the amount of money he asked for, and that I gave him, was ridiculously low, but with that little money I saved the life of a child. Since then, I have been going very often to Haiti, and I would like to help others full time.” 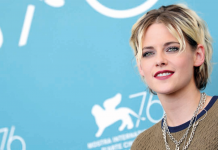 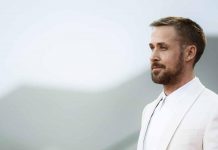 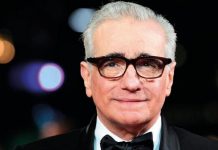 When art and fashion come together : Karl Lagerfeld – Endless