Antonio Banderas is not only the incarnation of a Latin man but a talented, versatile, and ironic actor, as he once again demonstrated in Competencia Oficial by Argentine duo Gaston Duprat and Mariano Cohn.

This exhilarating comedy, centred on the vices, meanness, and insane selfishness of film production, also features Penelope Cruz in her second leading actor role at the Venice Film Festival. After his successful performance in Dolores y Gloria, Banderas also features in the fifth Indiana Jones, whose shooting started in London, and the release is due in July 2022.

In Competencia Oficial, cinema makes fun of itself but with elegance and biting irony … What was the movie’s purpose?

We played and laughed a lot, setting a sort of comedy. It was crucial in a moment like this when laughing has almost a subversive value. The purpose was to poke fun at the different accesses that make it possible to get to art but with tact and intelligence. We have analyzed the notions of fame, envy, competition, and the different insecurities of people and artists.

The faults that Duprat and Cohn’s work attributes to film people are not, then, a matter for them.

Of course not. You can apply this idea to every social context: politics, entrepreneurship, culture. Narcissism does not show itself in the person who looks vane and has a high opinion of themselves. There is also a sort of insane, intellectual egocentrism.

The film shows the oddities and vices of actors and directors. Have you experienced any eccentricities that you remember in particular?

I’ve seen colleagues that, before shooting a scene, would do the most bizarre things; one of them would moo to warm up his voice so much that I thought, at first, there was a cow in the room. So, I used the words that Oscar Martinez says to me in the film, “This exercise helps you, but it annoys me.”

Are there any personal moments in your character Felix?

Except for some slight similarities, we are essentially different from each other. If he were like me, I would not have accepted the role. He’s sexist and does not pursue noble objectives even though he may seem more transparent than Ivan, who is more cryptic, politically correct, and opinionated just like some intellectuals or politicians.

Was there any improvisation in the scene where you and Penelope shout aggressively at each other?

(Looking at Cruz, who smiles back)

In that sequence, we swore and cussed so much that we had to write down the words to be memorised. Of course, there was some improvisation when I came up with incredible words, heard in the most unlikely places, to make the scene feel stronger.

Have you ever worked with directors who required something hard to perform?

It may happen, but it is rare. Some directors would do everything to impose their power on the set; fortunately, most of them do not. 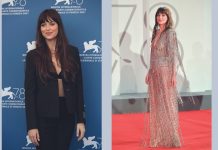 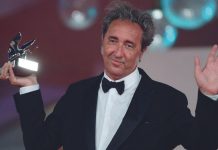 Interview with Paolo Sorrentino : Maradona’s semi-divine power has saved me 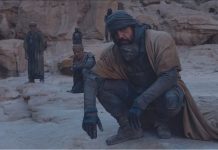 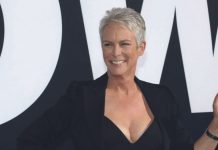 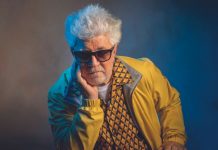 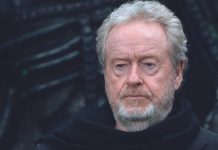