Deeply connected to the culture of his homeland, Armenia, but fully immersed in the New York art scen of the first half of the twentieth century , Arshile Gorky was a bridge between Europe and the U.S., paving the way for Abstract Expressionism.

The first Italian retrospective of his work is now on view at Ca’ Pesaro, in Venice. The Caucasus, an important geopolitical bridge between Europa and Asia, was where Gorky spent the early, troubled years of his life. With his mother and sisters, he was a member of the Armenian community of Van, a city in eastern Turkey.

but we know that he fled Van during the Armenian genocide, and that his escape brought him to the U.S. between 1919 and 1920. In 1922 he enrolled in the New School of Design in Boston and began to explore and absorb the message of European art, while also developing an interest for poetry and writing.

After moving to New York in 1924 and becoming a teacher at the Grand Central School of Arts, he changed his name to Arshile Gorky. During the early 1920s he was influenced by Impressionism, before the example of Cézanne and Picasso led him towards the development of a personal style. He studied European art thoroughly, spending much of his time at the Frick Collection or the Metropolitan Museum examining the works of artists from all eras.

Paolo Uccello and Jean-August-Dominique Ingres were his favourites, but it was the great twentieth century masters that had the strongest influence on him: Kandinsky, Picasso, Braque, Léger, de Chirico, and Mirò. Cubism, in particular, shaped his production in the late 1920s and early 1930s.

A sort of surrealist biomorphism gradually appeared in his works, anticipating the importance of nature in his abstract-expressionist works from the 1940s. Surrealist poet André Breton, the poet and theorist of Surrealism, who arrived in America in 1944, immediately recognized Surrealist elements and traces of psychic automatism in Gorky’s paintings.

In 1945, Julien Levy, the New York gallerists specializing in Surrealist art, organized an exhibition of his works and asked Breton to present it. Despite Breton’s full support, the outcome of the exhibition did not satisfy Gorky, who was a melancholic character.

Soon after, a series of health problems and personal crises undermined his fragile equilibrium, leading him to commit suicide in July 1948, when he was only around forty-four. In that same month and year, some of his paintings were exhibited in Venice, in the U.S. Pavilion at the Biennale and in an exhibition organized by Peggy Guggenheim.

Later on, at the 1950 Venice Biennale, he was one of the three artists chosen to represent America, the other two being Pollock and de Kooning: their work would became a starting point for future generations of artists and help establish the primacy of American art. Gorky, however, would never know that.

Arshile Gorky, a precursor of Abstract Expressionism and the New York School who became one of the key figures of 20th century American art, survived the horrendous tragedy of the Armenian genocide and died by suicide at the young age of 44.

As if that were not enough, this great artist still has not gotten all the recognition he deserves. Gorky, whose real name was Vosdanig Adoian, fled Armenia in 1915 with his sisters and his mother, who died of starvation during their subsequent peregrinations. When he arrived in New York in 1924, he immediately started painting under the name Arshile Gorky, which became his legal name when he was granted American citizenship.

Gorky was initially influenced by Cezanne and by European Cubism (Picasso and Braque in particular), before moving to Surrealism in the mid-thirties, when he met André Breton and other famous artists, such as Max Ernst, Andrè Masson and Sebastian Matta.

These influences are clearly detectable in many of his earlier pieces (“when you’re revolutionary, you don’t need to be original”, wrote about him Toti Scialoja, one of the first Italian artists to understand his greatness), before he developed an innovative, personal style that was crucial to the emergence of Abstract Expressionism and, therefore, contributed to shifting the capital of art from Paris to New York.

In 1948, just when Gorky seemed to have reached the apex of success, destiny began to play its cruel game. First, his studio burned down, then he underwent a colostomy for cancer, was injured in a car accident and, finally, was cheated by his wife Agnes, who left him for his friend Roberto Matta, the Chilean artist. It was too much to bear and, on 21 July 1948, Gorky committed suicide. He was only 44. 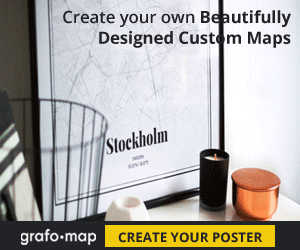